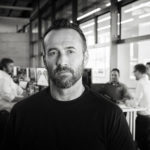 Heath May, AIA, is Director of HKS Laboratory for INtensive Exploration.  An architect with 12 years of professional experience including commercial, hospitality, sports and healthcare, he is currently focused on r+d and the application of this research to the built environment. An avid interest in passive solar design encourages a current LINE research initiative into the potential for using software for dynamic solar design through analysis and implementation of data-driven parameters for optimization of complex facades for daylighting and solar performance.  In addition to r+d, Heath leads a design team responsible for projects including future:GSA, a net-zero renovation solution that earned the 2012 WAN Commercial Building of the Year Award, and he worked as senior designer on Sustainable Urban Living, a winner of the 2010 Chicago Athenaeum Green Good Design Award.  In April of 2013, he was named recipient of Building Design + Construction’s 40 under 40.  Heath currently serves on the Advisory Board at the PACCAR Technology Institute at the University of North Texas and holds a position on the Executive Committee of the HKS Global Design Council. 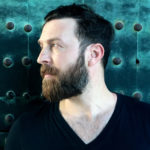 James Warton, AIA, is Associate Computational Designer at HKS Laboratory for INtensive Exploration. Throughout his career in architecture, he has maintained an interest in cutting-edge manufacturing processes and developed specialized concentration in high-resolution additive processes. Warton is currently focused on complex metal structures and direct-to-fabrication methodologies. At HKS his responsibilities encompass a broad range of activities that span from preliminary analysis and conceptual design through design development and documentation of complex architectural systems. His role demonstrates proactive engagement with practice leading to implementation of additively manufactured building-scale assemblies. These efforts represent a cumulative contribution to professional and academic discourse surrounding computational design and digital fabrication, as well as serve to further application and advancement in real-world construction scenarios while expanding the field’s awareness of emerging technologies. James received a Master’s Degree in Architecture and Urbanism from the Architectural Associations’ Design Research Laboratory (DRL). He is currently enrolled as a PhD student in SMU’s Mechanical Engineering Department, where he holds a research assistantship through the Research Center for Advanced Manufacturing (RCAM). 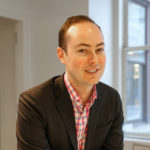 Luc Wilson is an associate principal at Kohn Pedersen Fox and the director of KPF Urban Interface (ui.kpf.com,) an initiative focused on urban analytics and technology development. He has applied a data-driven design methodology on over 200 projects globally ranging from master plans to rezoning to supertall towers. A critical aspect of this work is research collaborations with Columbia University, Harvard University, New York University, and the New York City Department of City Planning. He currently teaches within the Graduate School of Architecture Planning and Preservation at Columbia University and the Center for Data Science at NYU. Luc was recently selected to as one of the Commercial Observers “2016 Top Young Professionals: Top Architects, Engineers and Contractors.” 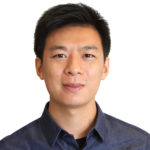 Mondrian Hsieh is a computational designer at Kohn Pedersen Fox and researcher for KPF Urban Interface (ui.kpf.com.) His passion for digital media and architectural design has led him to many industries, from high resolution reality capture in archaeological preservation to neuroscience data visualization. He has held teaching positions in architectural representation, design programming, sustainable urban design at Columbia University. Mondrian holds a B.A. from the University of California, Berkeley, and a Masters of Architecture from Columbia University’s Graduate School of Architecture, Planning and Preservation where he won the Visual Studies Honors Graduation Award. 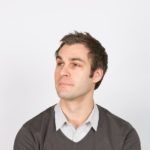 John Gulliford is a Senior Associate at SHoP where he specializes in Systems Design and Development leveraging geometric rationalization and automation as early as Concept Design through Fabrication Deliverables. With ten years of experience, he worked on a dynamic team responsible for façade fabrication pertaining to the curtain wall system and weather steel components of the latticework design for the Barclay’s Center. John received his Bachelor of Architecture (2005) from Pratt Institute and a Master of Engineering (2010) from Stevens Institute of Technology. Prior to SHoP, John was a research assistant under Dr. Haresh Lalvani where they explored advanced fabrication techniques sponsored by an Industry Partner. 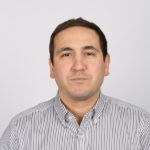 John Cerone is an Associate Principal and Director of Virtual Design and Construction at SHoP Architects.  John received a Master of Architecture from Columbia University and a Bachelor of Architecture from Miami University. John is recognized internationally as a leader in exploring the future uses of technology in design and construction including technology visioning initiatives and the development of bespoke technology tools.  His work at SHoP includes a lead role in developing the technologies behind the success of the Barclays Center, the VDC-driven delivery of the Botswana Innovation Hub, and ongoing technology and exhibitions project at the Intrepid Sea, Air and Space Museum in New York. 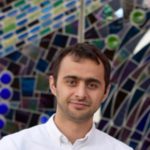 Mostapha Sadeghipour Roudsari is a designer, software developer, and an educator focused on the integration of parametric environmental analysis and architectural design. He is the creator of the well-known open source environmental plugins Ladybug, Honeybee, and Butterfly and web applications such as epwmap and Pollination. He lectures and teaches seminars frequently throughout Architecture and Engineering schools, the AEC community, and as a lecturer at the University of Pennsylvania.

Anthony Hauck has been involved in architecture, engineering, construction, and technology for more than 30 years. As an architect, millwork project manager, software developer, and IT Director, he has always looked to technology to help solve issues facing the building industry. He joined the Autodesk Revit team in 2007, holding a succession of product management positions in the group until joining Autodesk AEC Generative Design in 2015 as its Director of Product Strategy, where he is responsible for helping define the next generation of building software products and services for the AEC industry.

Joins Full Stack Modular from FC Modular where, as the VP of Design and Technical Ops, he helped bring 461 Dean Street, the world’s tallest modular building, to completion and tenant occupancy in November 2016. Previously, Brian was the Operations Director at SHoP Construction where he most notably led the team that delivered Brooklyn’s iconic Barclays Center weathering steel façade and curtainwall system utilizing manufacturing-based applications, true innovation in the AEC industry going from design to direct to fabrication and install.  Continuing his efforts in support of direct to fabrication initiatives, his work continued with the Nassau Coliseum façade renovation, Barclays Center’s green roof, as well as several modular initiatives.  Brian obtained his masters from the PAE program at Stevens Institute of Technology, and undergraduate architectural studies were performed at NJIT’s School of Architecture.

Zach has a dozen years of experience as an innovator, architect, business owner, and software developer with an expertise in architectural and construction technology. He joins Full Stack Modular from FC Modular where he was the Technology and Innovation Manager, developing tools to optimize module layouts and configurations for buildings. Previously, he was Director of the Applied Technology Group at SHoP Architects. He is also the founder and a contributor to Designalyze, an innovation and technology website, as well as the founder of Parabox, a technology company focusing on exploiting emerging technologies to provide seamless data management for all processes directly related to the construction and facility management process. Zach is a graduate of Virginia Polytechnic and State University in Blacksburg, Virginia.