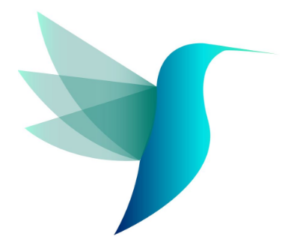 Colibri is an open source project that was started at the 2016 AEC Technology Hackathon in New York, which CORE studio hosted late last year.  It was designed and prototyped over the course of 27 hours during the hackathon by a team of dedicated hackers (most of whom work for TT!).  CORE studio forked the project after the hackathon, and we’ve been improving and testing Colibri over the past few weeks in anticipation of this release.

The project’s goal is simple: make it easy to generate Design Explorer-compatible data sets in Grasshopper. This has been possible to do for some time now of course, but it was super painful to set up and was generally quite error-prone.  Users would rely on Ladybug’s ‘Fly’ component or our ‘Brute Force’ component to iterate over some sliders in their grasshopper definition, and use a bunch of data recorders and an Excel Writer to create a data.csv file in the right format.  Images and Spectacles models were up to the user to generate, name, and link into the .csv file properly.  Because Fly and Brute Force hit every step on every slider, users’ sliders often had to be edited to fine tune the size and resolution of the design space.  If all of that sounds like complete nonsense (or if it makes sense but sounds painful), we are with you, and that’s precisely why we built Colibri.  It should be easy to jump into Design Explorer!

The Colibri workflow is divided into two stages, Iteration and  Aggregation.  Colibri provides a component for each stage, the Iterator and the Aggregator.

The Iterator component loops over connected sliders and drives your grasshopper definition, much like Galapagos does when it’s running. Unlike Ladybug’s ‘Fly’ component or our old ‘Brute Force’ component (all of which, more or less, share the same code base by the way – these tools are all based on this post from David Rutten), Colibri’s Iterator component allows users to specify how many steps to take along each slider.  This is subtle, but important: it allows users to keep the size of their design space under control, and to specify granularity selectively along each input vector within the design space – all without editing the actual sliders in Grasshopper.

While the Iterator is iterating away upstream, the Aggregator component collects all of the data that Design Explorer needs from your Grasshopper definition. It gathers the inputs from the Iterator, the outputs (performance metrics) from your grasshopper definition, and takes care of generating images, naming images and Spectacles files, and writing all of that data into a data.csv file.

Another application for the Aggregator is to record optimization runs with Galapagos or Octopus. By connecting the ‘Colibri Inputs’ component to the same sliders that Galapagos / Octopus is driving, the Aggregator is able to record every iteration during an optimization run.  This workflow allows designers to navigate within the focused design spaces that those algorithms produce using Design Explorer.  Instead of reinstating one iteration at a time in Grasshopper, groups of iterations that fit a set of specific performance criteria (something like ‘show me all iterations that are highly performant and that have a bay spacing greater than X and a floor height smaller than Y’, for example) can easily be identified using Design Explorer.

The YouTube video above demonstrates how to get started with Colibri, and you can download the plugin from Food4Rhino.  Please let us know what you think!  We sincerely hope you’ll enjoy working with Colibri and Design Explorer.