All of this practical use of the tech makes them perfectly suited to steer Design Explorer based on their needs, which is exactly what they’ve been up to lately.  The other driving force behind some of these changes is Colibri, another open source project we’ve been collaborating with the Sustainability team on since the 2016 AEC Technology Hackathon.

The changes listed below are now up and running over at http://tt-acm.github.io/DesignExplorer/ 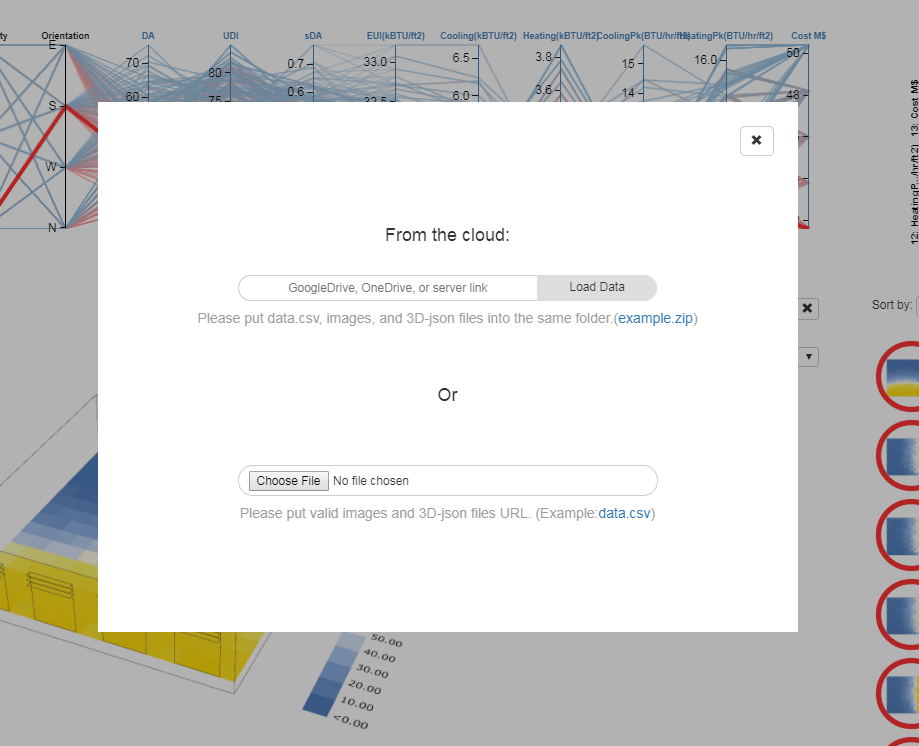 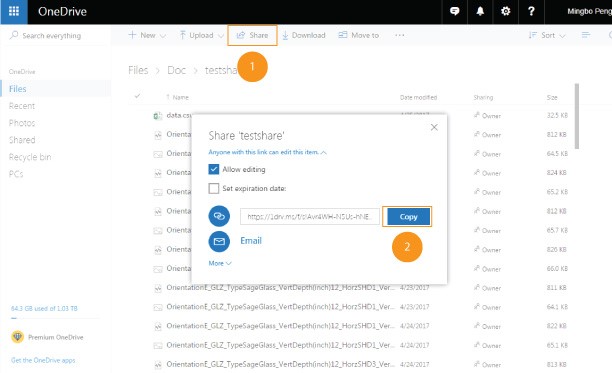 By default, Design Explorer uses the minimum and maximum values in each dimension to scale the corresponding vertical axis in the parallel coordinates plot.  Based on user feedback, we added the ability to scale each vertical axis in the chart using custom values, allowing users more control over how their data is laid out.  A good example is percentages – by default, the min and max might not be 0% and 100%, which is confusing for some viewers.  Now, this is able to be set by the author. 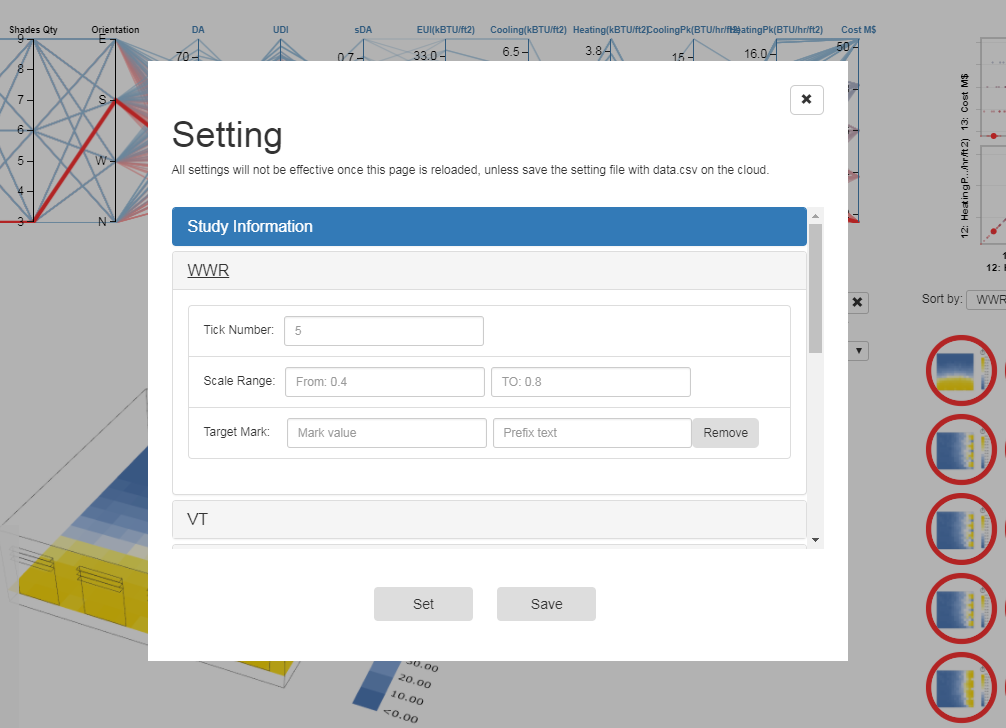 Note: to load the setting with your data, please save and keep the “setting.json” file with your “data.csv”. 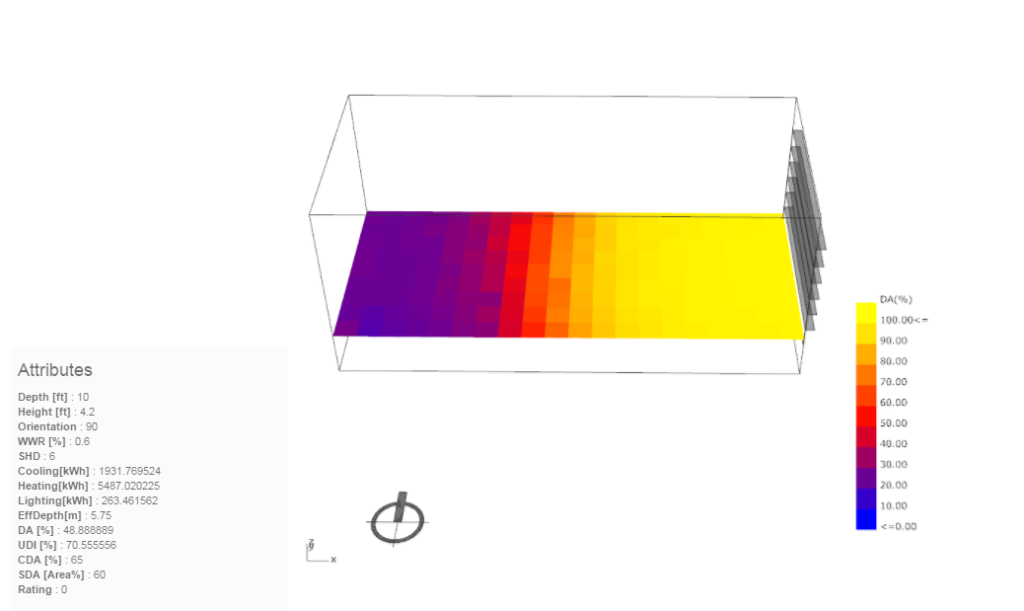 4. Multiple views for each iteration

Previously, only one image per design iteration was supported.  Now users can add as many images as they want for each iteration, and cycle through them in Design Explorer.  The latest release of Colibri makes setting this up super easy in Grasshopper (use the image setting component to capture existing Rhino views), but it can also be done manually in the data.csv file. 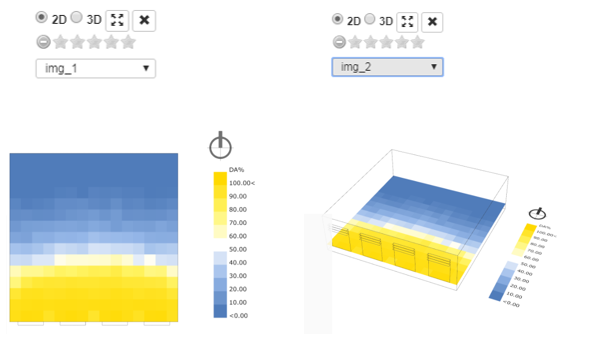 Another update that plays very nicely with Colibri.  After adding support for dropdowns and panels to the Colibri Iterator, it became very clear that text values had to be treated as first class data points (previously only numbers worked well in both the PCP and when using the Sliders).  Text values are now fully supported, and are sorted alphabetically along the dimension axes. 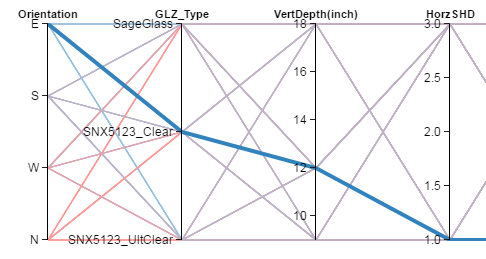 We removed some redundant code and improved general performance across the board.

Thanks again to the Sustainability crew working on this for all of the great enhancements over the past few months!  As always folks, happy Design Exploring.  Watch out for all of those extra dimensions out there.  If you have any comments or suggestions about Design Explorer or would like to get involved with the development, please do get in touch!