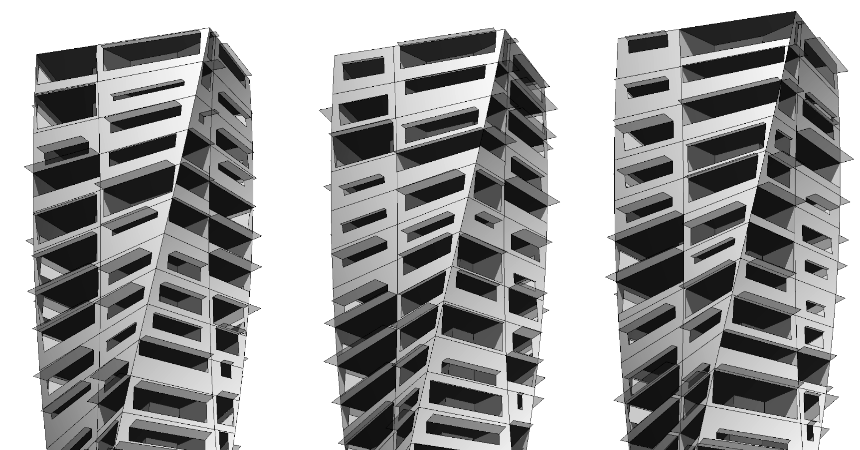 CORE studio is pleased to announce that we are developing a new open source plugin called Energy Analysis for Dynamo. We are working with the Dynamo and Building Performance and Analysis (BPA) teams at Autodesk to connect Dynamo, an open source visual programming platform for Autodesk Revit and Vasari, to the Green Building Studio web service (GBS), Autodesk’s whole-building energy simulation web service. The project will enable parametric energy modeling and whole-building energy analysis workflows in Dynamo 0.7.

Revit and Vasari has a built-in interface for whole-building energy analysis, which allows users to convert their BIM models into energy models and run those energy models in the cloud. The current versions of Revit and Vasari ship with powerful zoning and surface subdivision algorithms to generate gbXML files from conceptual mass models (which, by the way, are exposed by the Revit API—that’s how we are driving energy models from Dynamo). The GBS web service uses the gbXML files to run whole-building energy simulations in the cloud, utilizing the DOE 2.2 analysis engine. For every run, it outputs a set of numeric results describing the building’s performance over a given time period. These results can be viewed in Revit and Vasari via the Results and Compare dialog, and can be used for comparative analysis in an iterative, performance-based design workflow.

That last part is where Dynamo comes in. Although Revit and Vasari provides an excellent interface to the energy model, the authorship of large and/or complex energy models is limited by a point-and-click GUI. When working on large, complex design projects, it is typically difficult for the energy modelers to keep up with the design team; it takes too long to build and run energy models and the design changes too quickly. Some sort of computational method is needed to efficiently and effectively author a series of complex energy models in order for comparative analysis techniques to be successful in a fast-paced design environment.

Dynamo provides a powerful computational design platform to support these types of complex, iterative, performance-based energy modelling workflows. And given CORE studio developer Mostapha Sadeghipour Roudsari’s experience developing and supporting tools for parametric energy model analysis in Grasshopper (Ladybug + Honeybee), we are confident that we can provide a robust GBS implementation for the Dynamo community.

We have been working on the project during the past month or so here at CORE studio, and today we are pleased to announce a private alpha release of the toolset. There are still a few kinks to work out, but we want to get the tools in some users’ hands as soon as possible in hopes of receiving some productive feedback. If you are interested and would like an invitation to join the alpha testing team, please send us an email at CORE<at>ThorntonTomasetti.com.

The alpha testing period will run for a few weeks, after which we’ll provide an open beta release through the Dynamo package manager. The project will be hosted on our github account once we are ready for an open beta release, and will be free for anyone to use and modify under an Apache v2 open source license. The project is being developed in C# using Visual Studio, will work with recent (daily) builds of Dynamo 0.7 on top of Vasari Beta 3.0 or Revit 2014, and utilizes Dynamo’s amazing Zero Touch plugin interface. We are developing nodes in three main categories:

We are super excited to be working with Autodesk, and we’ll post some updates over the next few weeks as we approach an open beta release—please stay tuned!

3 Responses to “Energy Analysis For Dynamo – Announcement and Alpha Release”