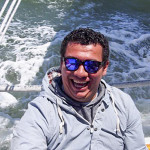 Jaime Rosales is a Sr. Tech Evangelist since July 2014 for Autodesk Developer Network.

He joined Autodesk in 2011 through the acquisition of Horizontal Systems: the company that developed the cloud-based collaboration systems—now known as BIM 360 Glue (the Glue). He was responsible for developing all the add-ins for BIM 360 Glue, using the API’s of various AEC desktop products.

He is currently evangelizing Autodesk Web services technologies, such as BIM 360 API’s, View & Data API among others. He spends part of his time presenting in different parts of the US, Europe and Latin America about the implementation of 3D content for web applications.

Return to 2015 speakers and leaders.