The CORE studio team just finished installing a kinetic sculpture in Thornton Tomasetti’s San Francisco office. Over the last few months, we have been prototyping, fabricating and testing the sculpture in our New York office and last week we shipped it all to California for the install.

We built a ¼ scale functional prototype in New York for testing the electronics, motors, sensors and wireless communication. Several CORE team members pitched in to help preassemble as much of it as possible! All of the kinetic assemblies were designed, engineered and fabricated in-house. We pushed our little MakerBot 3D printer to the max as it cranked out over 350 custom parts. 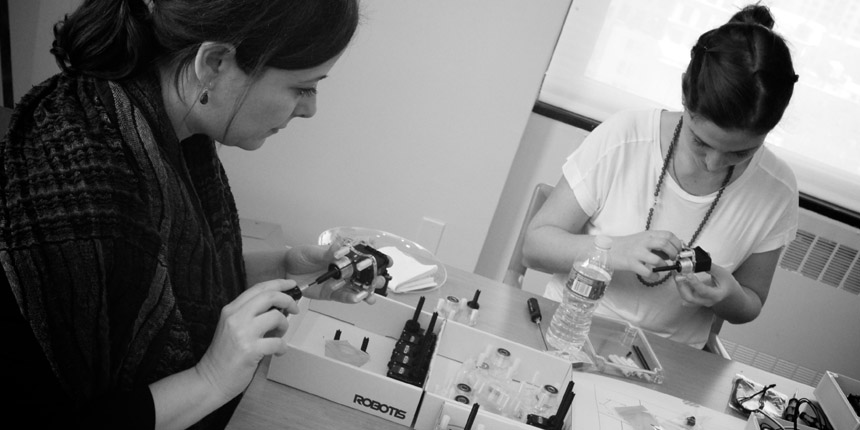 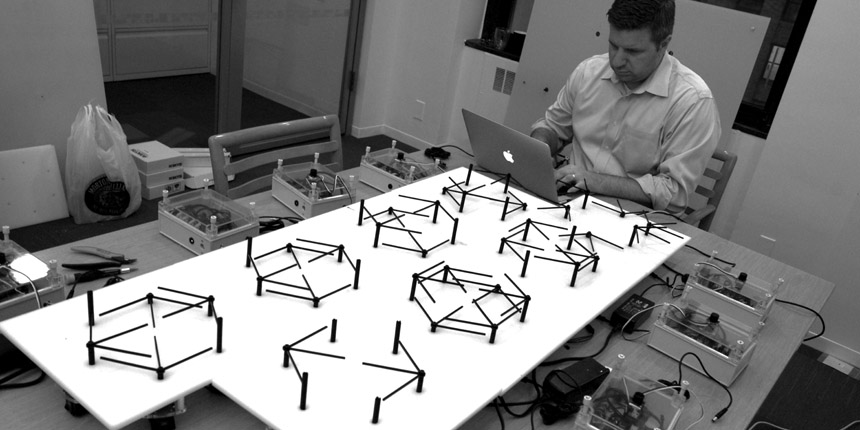 In just under three days we installed over 150 sq. ft. of backlit plastic to the ceiling of the San Francisco office lobby. The sculpture’s elements are 3D printed hubs with lightweight carbon fiber rods cantilevering outward. The entire sculpture is controlled via Arduinos and intelligent servo motors that communicate wirelessly to sync their movements. Sensors on the sculpture allow the system to respond to people walking through the heavily trafficked space. 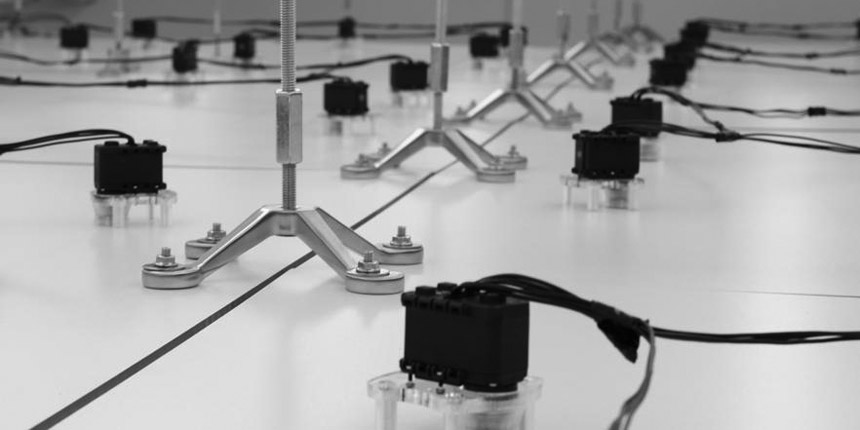 The motors and support structure above the panels. 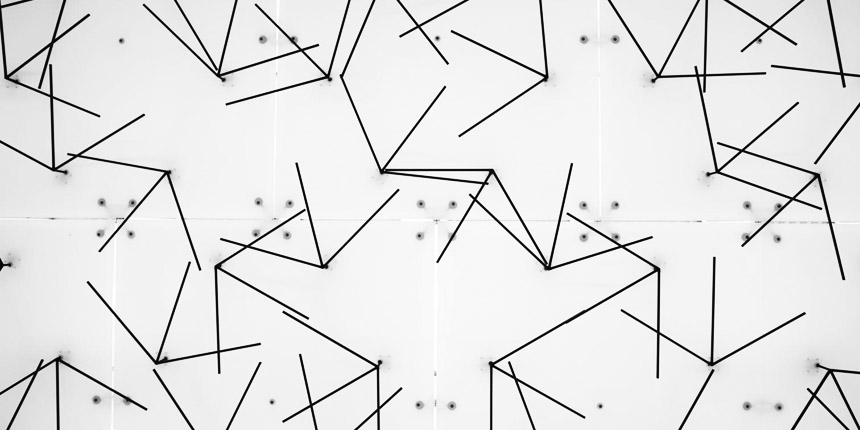 The view looking directly up at the sculpture. 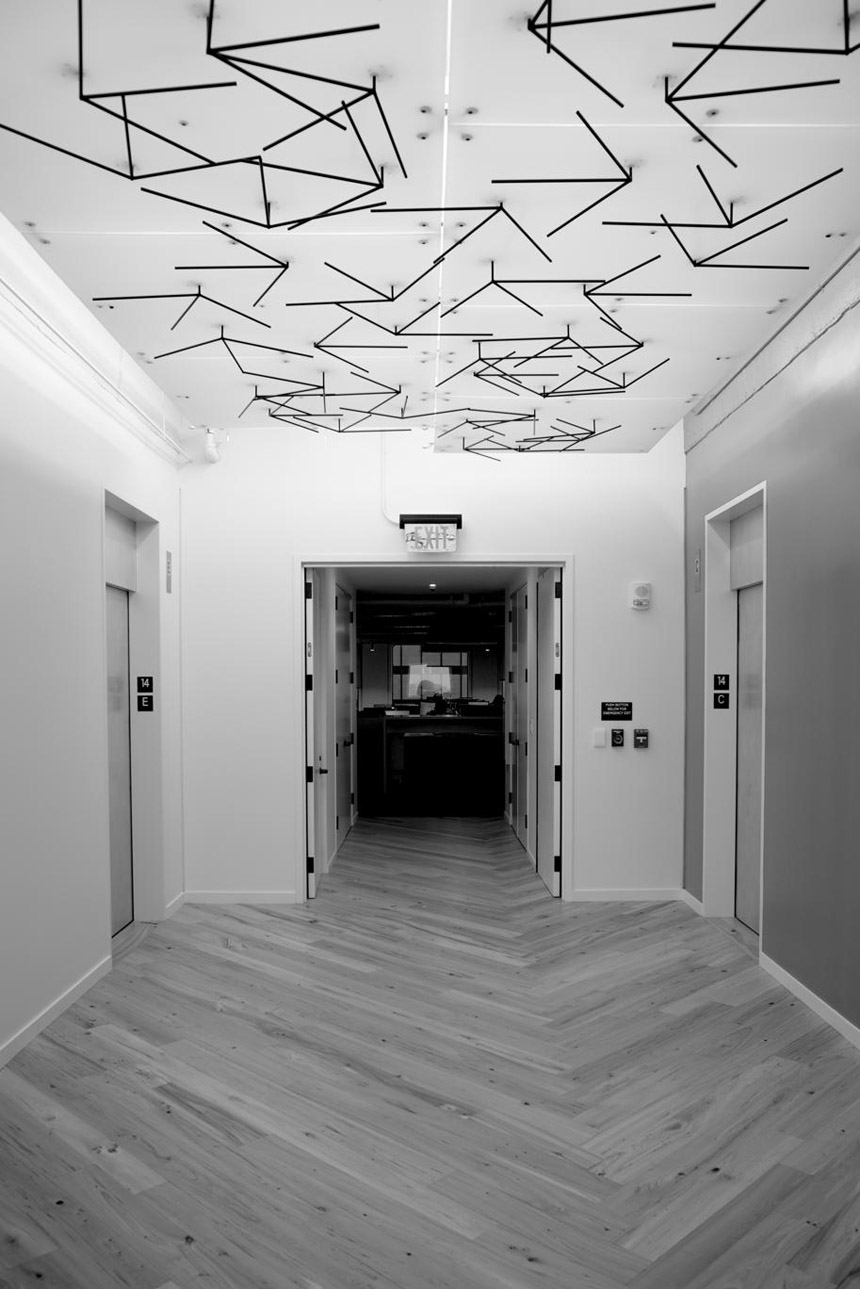 The final product in our San Francisco lobby—still some work to do though!