CORE studio has recently made use of Dynamo to support an ongoing project in Chicago. Led by architect Perkins+Will, the Northwestern University Medical Research Center 2 (MRC2) is a project that is being built in phases atop of an existing structure. The project is being engineered by Geoff Dauksas, Carol Post, Marco Aranda, Chris Hart, Ben Sexton and Alloy Kemp. 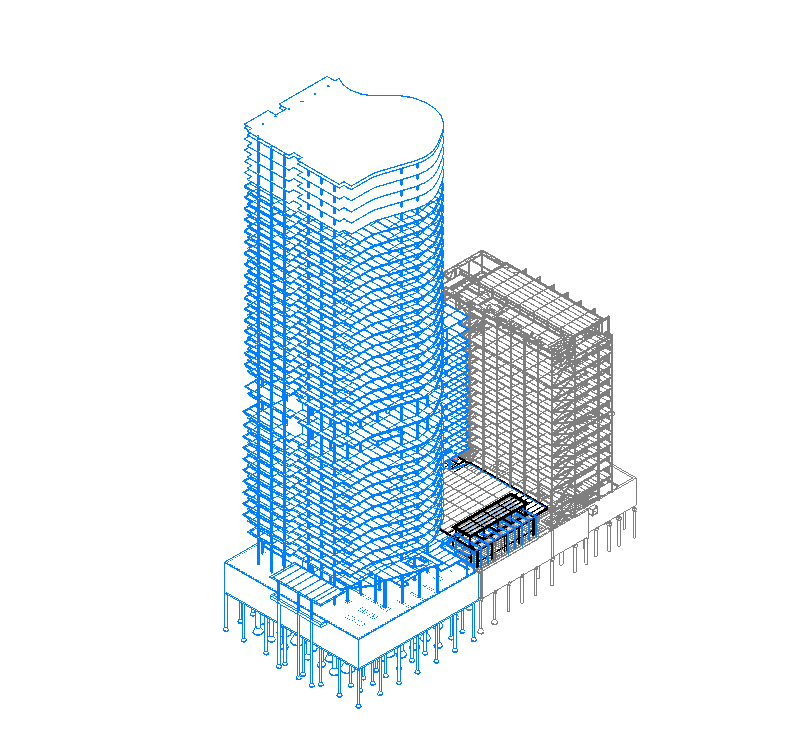 The CORE studio was asked to visualize the difference between the capacity of the existing caissons and the loads of the projected extension.The goal was to have a visual aid to allow the team to quickly determine if a given scheme is exceeding the capacity of any caisson. We had previously developed a similar workflow in-house for other projects using Rhinoceros and Grasshopper. However, Revit is the preferred platform for managing building information and Dynamo provided us with a way to color and tag each column in an efficient manner.

Plan view of the floor illustrating the new caissons

Visualization of loads vs. capacity

We used the coordinates of the caissons, provided by the engineering team in an Excel spreadsheet, to create spheres on the insertion points where the new caissons will be built. We created two spheres per caisson, one representing the load (in maroon) and the other the capacity (in blue). The sphere radius is proportional to its numerical value. If the loading sphere is larger than the capacity sphere, the engineer can quickly locate caissons that are overloaded and will know that further investigation into the design is necessary. 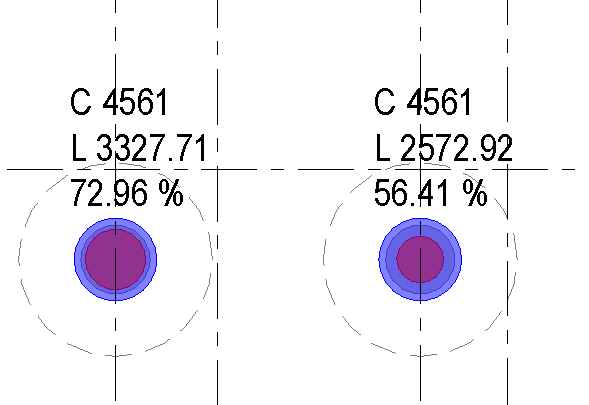 Detail of information provided in the visualization

We used the node TextNote.ByStringAndPosition included in the Dynamo package Clockwork, developed by Andreas Dieckmann, to create Text Notes holding the values for load (L) and capacity (C) and the percentage of the capacity ‘used’ by the load. Custom code in Python allows for modifying specific graphic settings, such as the color and the transparency of the spheres. 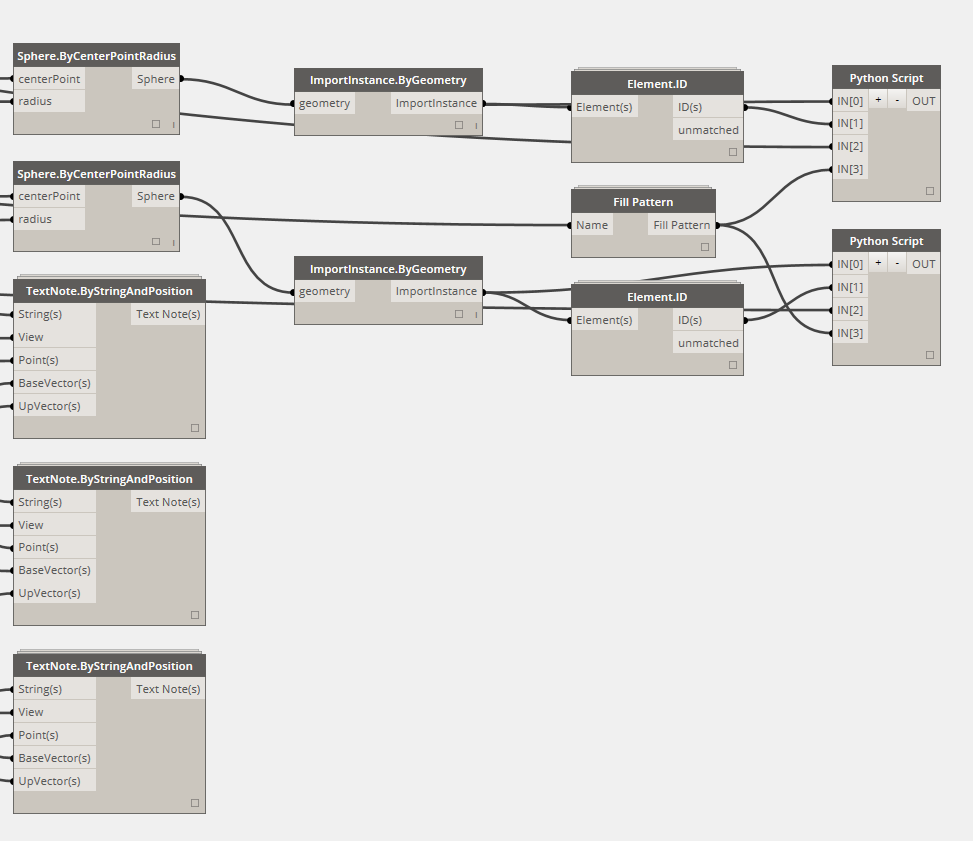 This workflow allows engineers to update the location of the new caissons and/or the value of the loads in the Excel sheet and to get an automatic update of the visualization.